Pre-hysterectomy and saying “Bye, Felicia!” to pesky fibroids and an angry uterus

I hosted a party before my hysterectomy at one of my favorite restaurants with my favorite girlfriends to say, “Bye, Felicia,” to my angry uterus!

Why was my uterus so angry? Because it’s had to deal with pesky painful fibroids growing all over it for three years.

The fibroids caused lots of pressure, pain, and extremely heavy-flow periods, once even putting me down for a week. I waited three years before deciding to go under the knife for a hysterectomy.

While I waited, the fibroids got MUCH bigger.

There are less invasive options to have fibroids removed, lasered away, or controlled (potentially). Still, the only sure way to rid them for good without worrying about them coming back is with a hysterectomy procedure. After three years of them only getting worse, I made my decision to proceed with a hysterectomy. 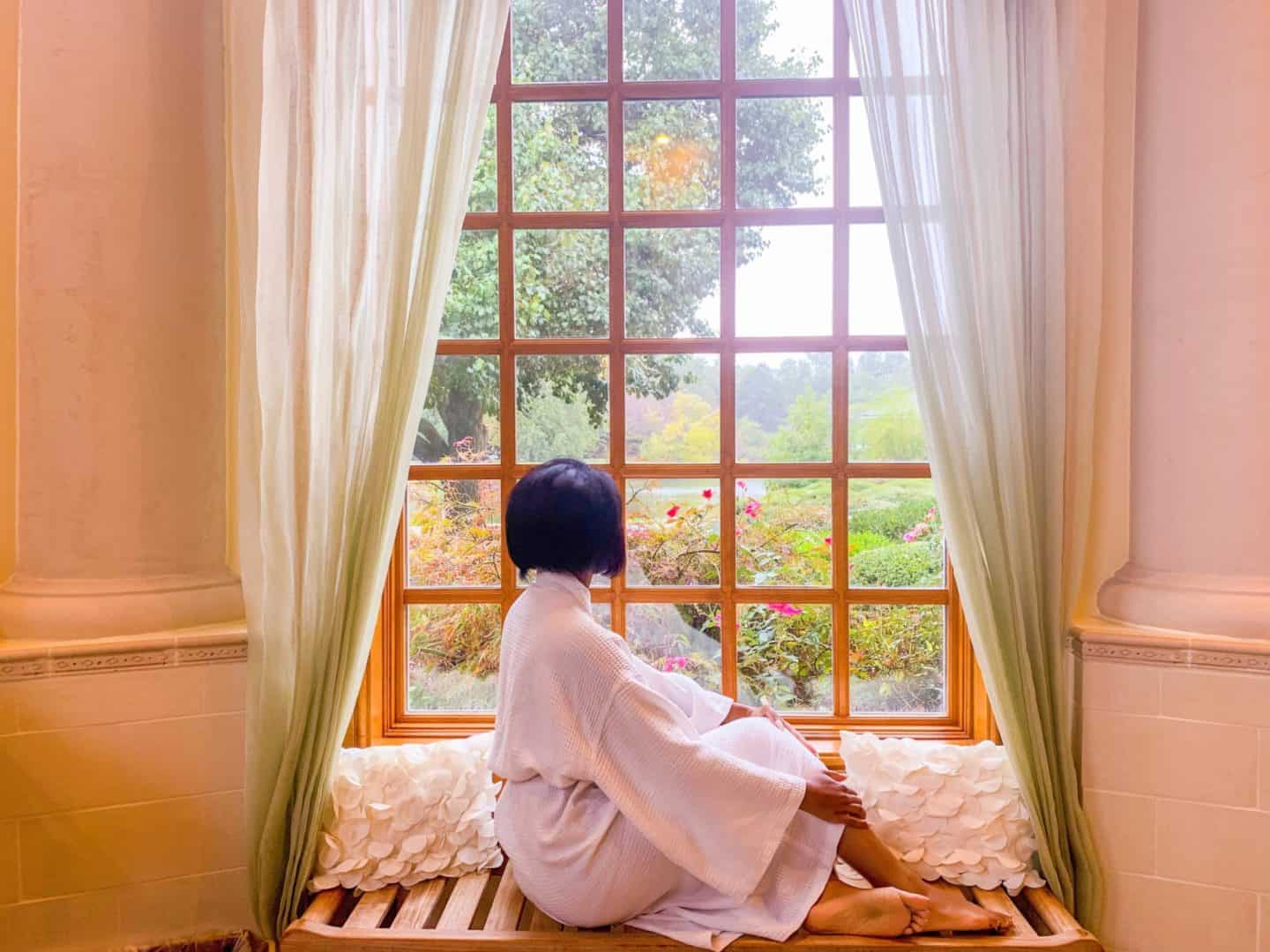 Should you have a hysterectomy for fibroids?

Hysterectomy is the most effective and permanent treatment for uterine fibroids. It’s basically surgical removal of the uterus.

Though it is not essential for fibroid treatment, the ovaries may also be removed in a hysterectomy.

Fibroids are tumor-bodies developed in the uterus and composed of fibrous connective tissues and smooth muscle tissues. According to a scientific survey, about 70-80 % of women will develop fibroids in their lifetime. But only some develop symptoms or need treatment.

A hysterectomy is an option if other fibroid treatments have not worked or seem inappropriate.

Hysterectomies also reduce chronic pain and heavy bleeding caused by fibroids, endometriosis, and other conditions. When these symptoms are resolved after surgery, you might find that you have a lot more energy for physical activity, potentially leading to weight loss.

The type of treatment for fibroids is recommended based on the strength and size of the fibroids.

There are three prominent types of fibroids.

These uterine fibroids develop in the muscular wall of the uterus.

Subserosal fibroids are the most most common. They develop large at times and sometimes have a stalk that links to the uterus (pedunculated fibroid).

Subserosal fibroids can push the outer side of the uterus into the pelvis.

These fibroids are not expected. Submucosal fibroids grow into the open-space of the uterus and may also involve a stalk.

There are different treatments for all of these uterine fibroids, but the final solution is hysterectomy surgery.

The drawback of this treatment is that women cannot conceive after having a hysterectomy. If the ovaries are eliminated with the uterus, it leads to instant menopause post-surgery. 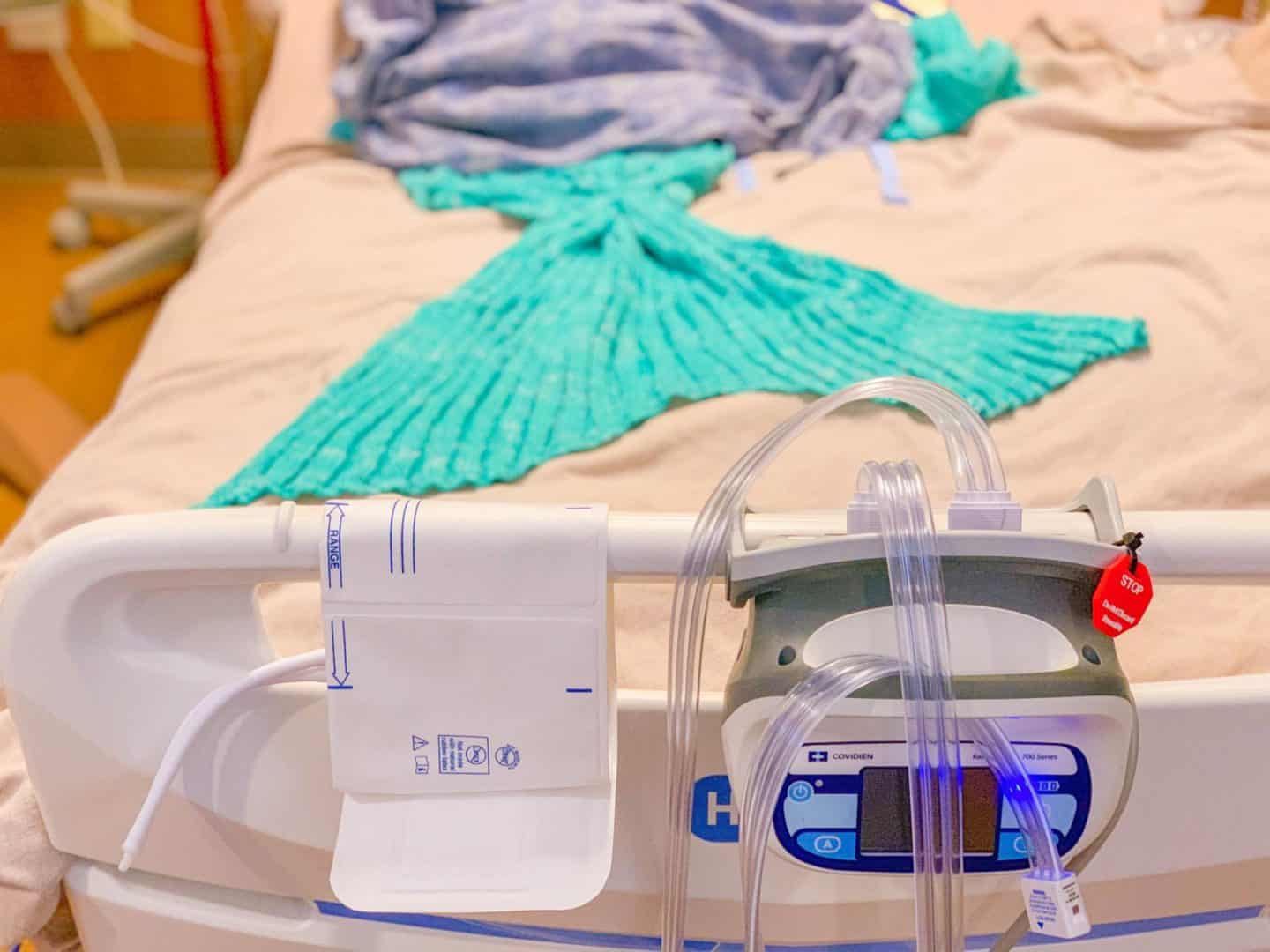 Many women have uterine fibroids and do not have any symptoms.

Of the women who do have symptoms, the most familiar symptoms of uterine fibroids include:

Doctors and medical care providers do not know the causes of fibroids, but research and scientific experience point to these causes:

Many uterine fibroids consist of changes in genes that differ from those in normal uterine muscle cells.

Progesterone and estrogen, two hormones that increase the uterine lining’s growth or development during every menstrual cycle in preparation for pregnancy, appear to boost fibroids’ development.

Fibroids consist of more progesterone and estrogen receptors than normal uterine muscle cells have. They shrink after menopause because of the reduction in hormone formation.

An extracellular matrix is a material that makes cells join together, such as cement between bricks. ECM is maximized in uterine fibroids and makes them fibrous.

It also saves the growth factors and causes biological changes in the cells themselves.

The standard choices are:

I had a partial hysterectomy to remove my uterus with the attached fibroids.

Hysterectomy involves the following processes, which can be performed with either total or supracervical hysterectomy.

I had a robotic-assisted laparoscopic hysterectomy.

It’s a more invasive process suitable for women with:

The doctor creates a 6- to 7-inch incision in the lower region of the patient’s belly. The cut can either be vertical or go horizontally near the abdomen, the upper side of the pubic hair.

The bikini cut incision may heal faster and is less visible than a vertical incision utilized in more complicated cases or having large uterine fibroids. The patient requires remaining in the hospital for 3-4 days, and recovery takes almost 5 to 6 weeks.

Along with my laparoscopic procedure, I also required a total abdominal surgery to remove my extra-large uterus.

Because of all the fibroids attached to it, my uterus was 952 grams compared to an average size one at 76 grams. Wowza! I lost a couple of pounds immediately after surgery once my extra-large uterus was gone!

Robotic-assisted hysterectomy is another kind of laparoscopic procedure where the surgical instruments are linked to a robot. The doctor utilizes a computer console in the operating room to guide the robot’s movements.

My laparoscopic hysterectomy was robotic-assisted. (Fancy!)

A change in vaginal approach is known as a laparoscopic-assisted vaginal hysterectomy (LAVH). It utilizes various small abdominal incisions via which the doctors serve the attachments to the uterus and, if required, ovaries.

In this treatment, a portion is completed vaginally, as in the standard vaginal approach. In a total laparoscopic hysterectomy, the entire procedure is performed via laparoscopy. The uterus is either eliminated via the vagina or placed in a plastic bag and broken up into small pieces to be destroyed via the small laparoscopic incisions. 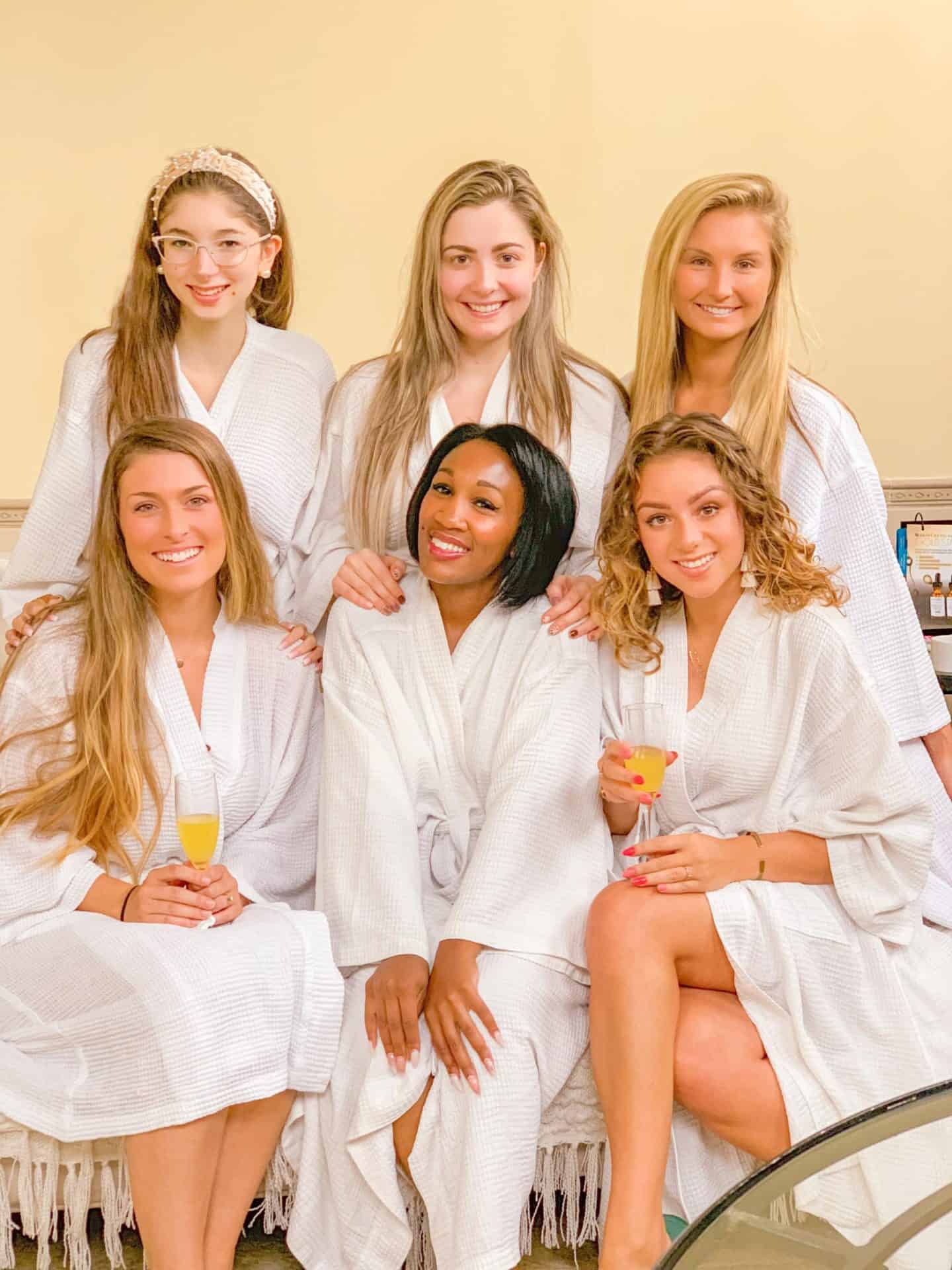 Why hysterectomy surgery is the ultimate solution for fibroids

There are different treatments for fibroids and the possible side effects of having them. Treatment is based on the fibroid type, strength, and location.

Recovery from hysterectomy week by week

Hysterectomy surgery is the only final and permanent solution to get rid of uterine fibroids. After a hysterectomy, the hospital stay can last from one to three days, and recovery is generally four to eight weeks. I was in the hospital overnight, and my recovery time took two weeks before I was off of bed rest and could comfortably leave the house— and four weeks before I started feeling more like myself again.

My belly was still swollen and did not go down until about week four.

Mrs. Wanda T. commented on one of my hysterectomy articles shared on Pinterest, noting that her stomach went down after only three weeks post-surgery (see her exceptional before and after picture below)! 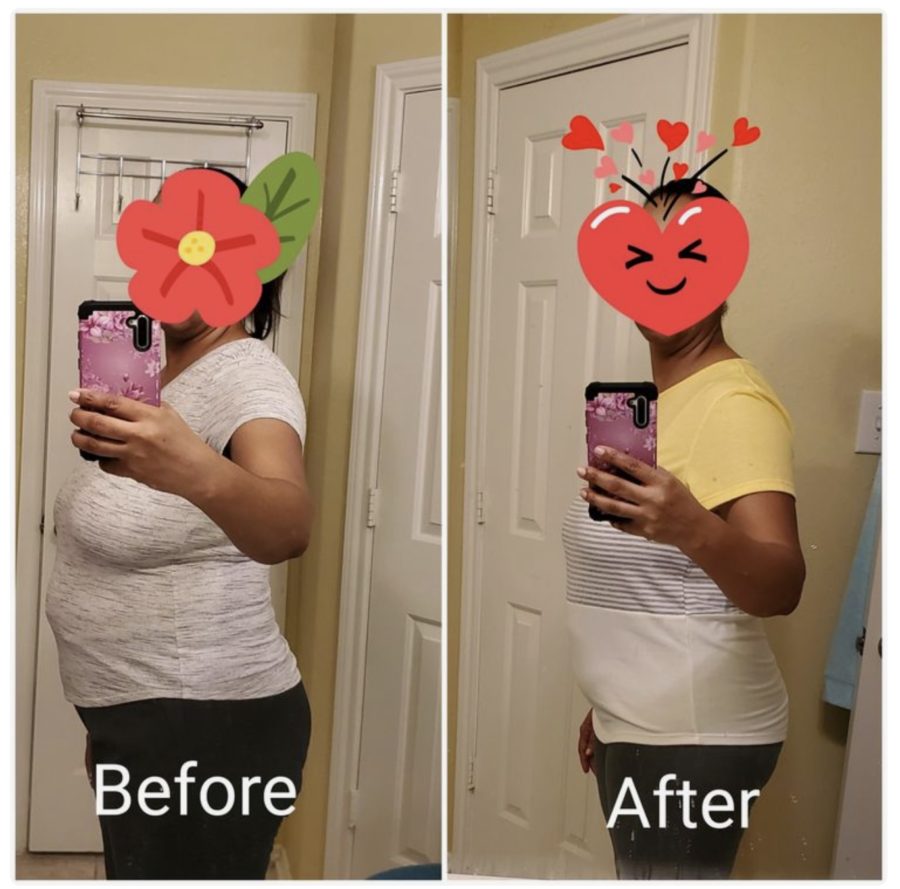 On week six, I rewarded my recovery and went on a cruise vacation!

Having a hysterectomy is major surgery, so it wasn’t until week eight before I ultimately felt like myself again.

Even after an 8-week recovery, I’m still beyond satisfied with my decision to have a hysterectomy.

PLEASE NOTE: The information in this post should not be construed as providing specific medical advice, but rather to offer you information through the lens of my personal experience. It’s not intended to provide an alternative to professional treatment or replace a physician’s services.

Robotic Partial Hysterectomy Recovery List: 12 Must Have Items Starting With Day 1 After Surgery: Everything No One Tells You— Not Even Your Doctor

How To Thrive After A Hysterectomy Surgery Today, Starting With A Farewell Party For Your Angry Uterus— “Bye, Felicia!”

Happy Hysterectomy Party! How To Celebrate With A Farewell Party For Your Angry Uterus— Say “Bye, Felicia!” With A Virtual Party Until It’s Safe To Gather Again

I'm Shaunda Necole, a Las Vegas-based lifestyle influencer and food blogger, making life easier + more soulful one recipe at a time.
Join me as I share food, fun, travel, and life hacks that make you feel like you won the jackpot!

END_OF_DOCUMENT_TOKEN_TO_BE_REPLACED 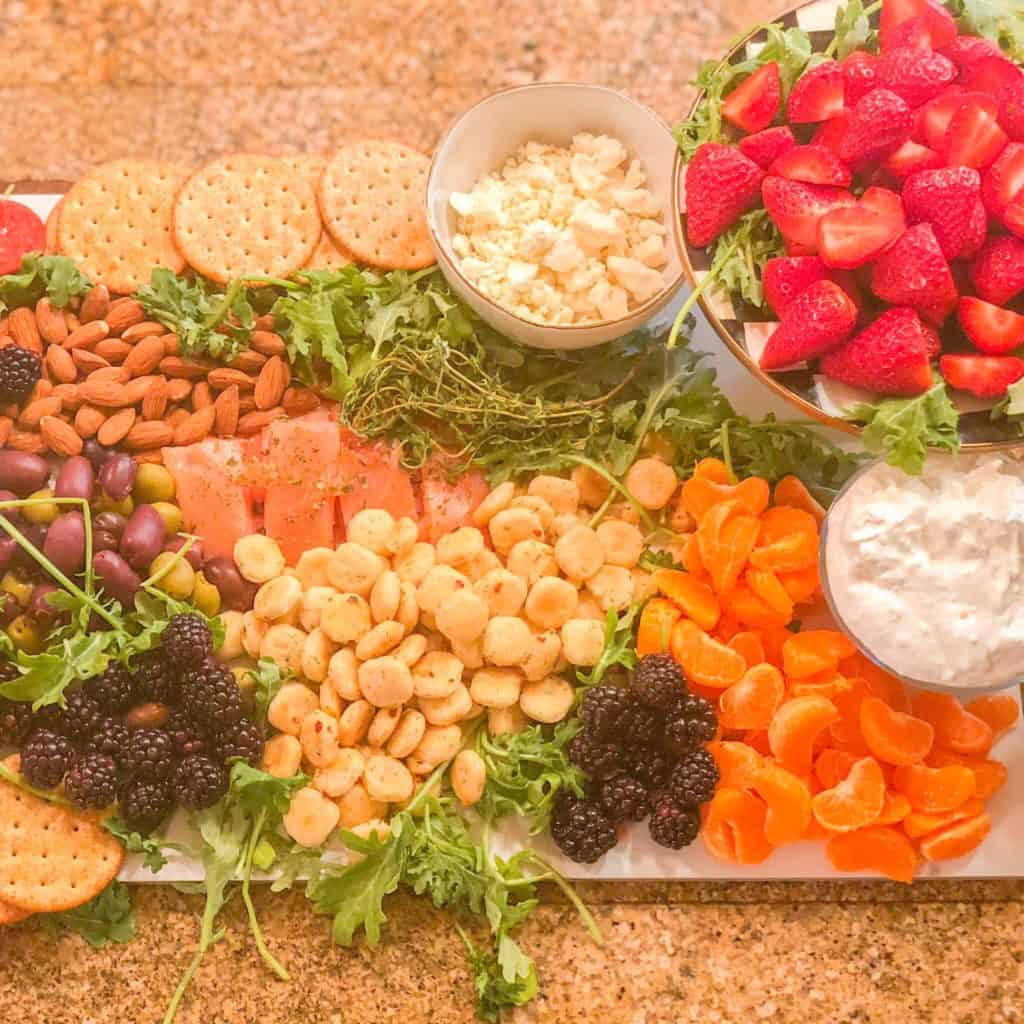 30 Images Of Charcuterie Board Ideas