I have a Black husband and Black sons and my father was a Black man.

You can call them George Floyd.

The list goes on and on— hundreds of years on and on.

George Floyd is so many Black people. Precisely the problem that history has a way of rhyming and repeating itself. This one is a somber, sad song.

If you’re reading this and you’re White and want to know what you can do to help Black people right now. I wrote this for you.

I wrote this for the safety of my Black kids. Above all, I wrote this because Black people are dying at the hands of White people without any justice. And it’s long overdue for every nation and nationality to take action.

I can empathize with the feeling you may have of wanting to get involved, but maybe you don’t know where to start, or you’re afraid of offending. Or, perhaps you don’t get it at all— all the protesting and the riots and the specific message that Black lives matter.

Here’s what: You’re either racist or you’re not. There’s no in-between.

All you need to be clear is that all of this can’t matter more than human lives. Black lives.

Please don’t be part of the problem and flip the narrative from George Floyd and Black lives matter.

Don’t change the story to the reaction to murder. Remember that the story is the murder.

“A riot is the language of the unheard.” —Martin Luther King, Jr. 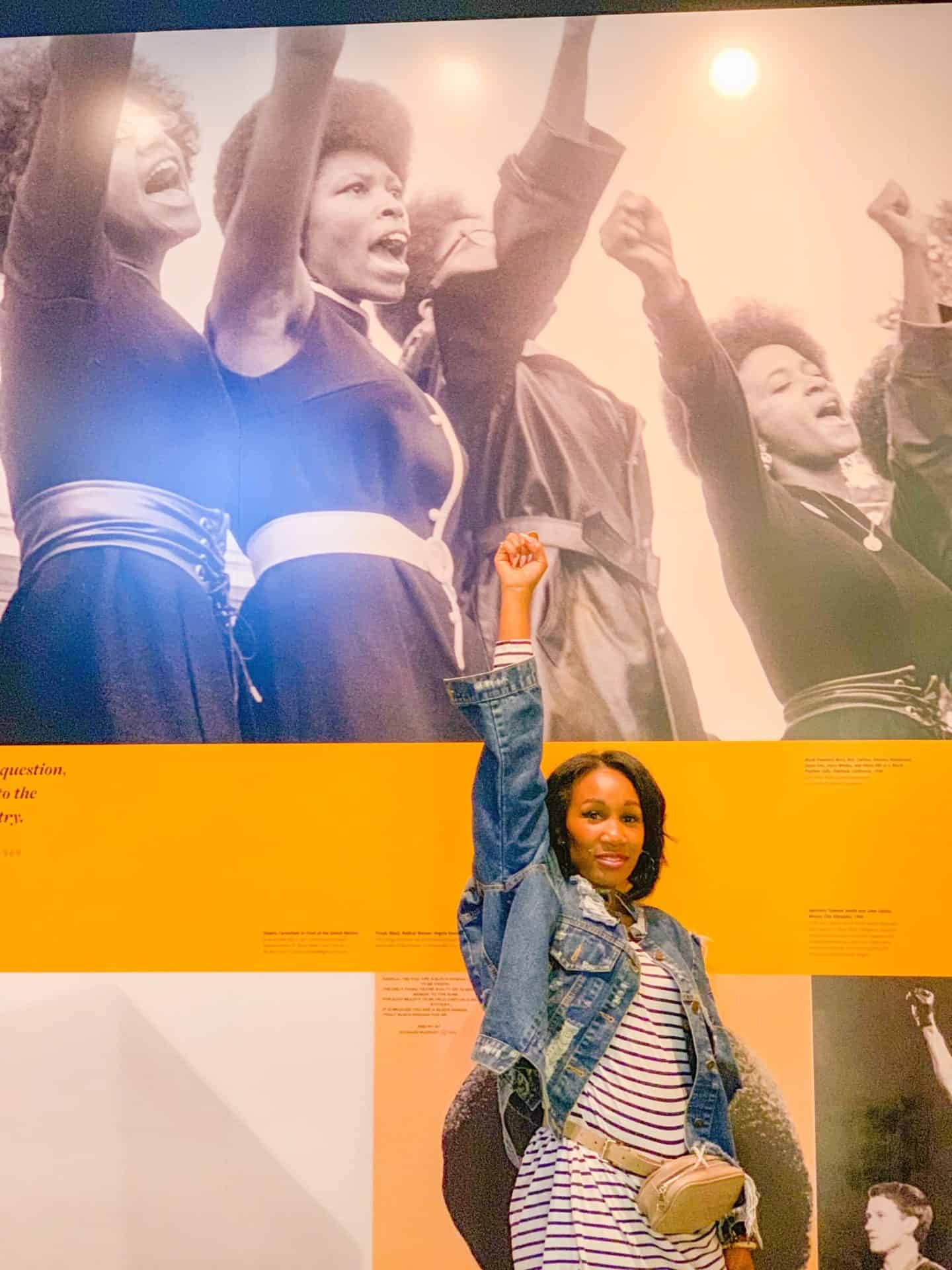 Ignorance is bliss. If you’re White.

Let’s call it what it is— white privilege. A luxury not afforded to Black and Brown people, rich or poor.

Let’s also recall this scene from last month at the Capitol in Michigan. Protestors in camouflage and army fatigue with long firearms strapped to their chests, barricaded at city hall while screaming directly in the faces of law enforcement— unmasked and in a pandemic.

It goes without asking what color these protesters were.

I want to ask you how these protesters were dubbed as peacefully exercising their first and second amendment rights? And why law enforcement didn’t budge as the offenders, in a pandemic, screamed in the faces of the police, with gun in tote, and those officers just stood still?

Compare the above protest with today’s Black people’s protests. Police cars are plowing through crowds of people. Cops are shoving women to the ground and firing tear gas and rubber bullets.

You can stop reading right now if you don’t see the apparent disparity. I won’t be able to help you. 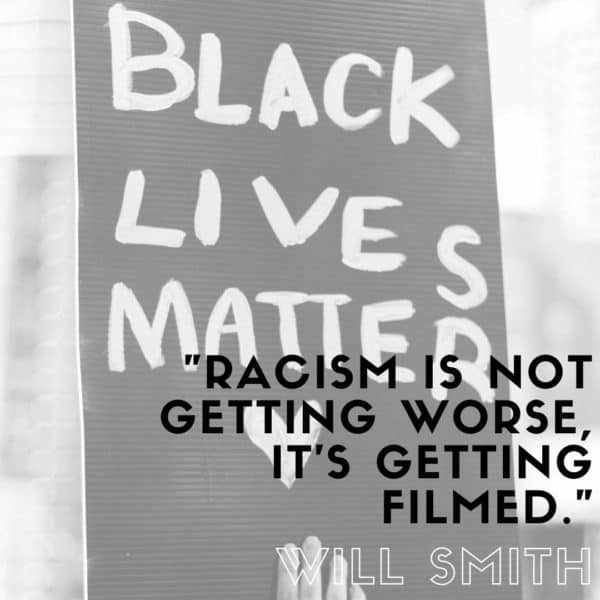 Ask yourself some tough questions & imagine your life like this

– Do you have a husband or kids? Or do you have in your life a teenage boy or man that you love and cherish dearly?

– Imagine this. You drop your teenage son off at his job, where many White women shop. Does the thought ever cross your mind that someone might call the police on him because he’s walking around with a cart full of expensive clothing? Some over concerned citizen might decide that your son looks suspicious?

Even though your son is an employee doing his job and restocking the men’s department because he works at the store.

– Has the thought ever crossed your mind that when your son finally gets his driver’s license, and you’re no longer taking him to work that it’s highly probable that a police officer might pull him over? Why? Because he’s young, his parents have provided him a conceivably nice vehicle to get around safely in. Oh, and he has dreadlocks in his hair?

– Or that your husband might be mistaken for an intruder while minding his own business in his own neighborhood, tending to his own lawn in his own front yard- that happens to be in a predominantly white neighborhood?

And because of a case of mistaken identity, in broad daylight, your husband might end up the victim of a trigger happy cop. A cop trained to shoot to kill and ask questions later.

In reality, your husband worked his ass off to afford a nice neighborhood for his beautiful family and a safe car for your teenage son.

Your husband just might work harder than most of your White neighbors, and owns many of the houses in your community. But none of that matters because your husband is Black and labeled an immediate threat to your community.

How do you prepare your children to encounter a person as evil as the officer that looked witnesses in the eye as he pressed his knee into George Floyd’s neck for eight minutes and 46 seconds?

I can put a real Black man’s name to each of the hypothetical scenarios I asked you about above. When you’re Black in America, the above situations are not theoretical. It’s a Black person’s everyday reality.

Wanna know what to do? Watch this video by Rachel Rodgers rejecting “good white liberal responses.” 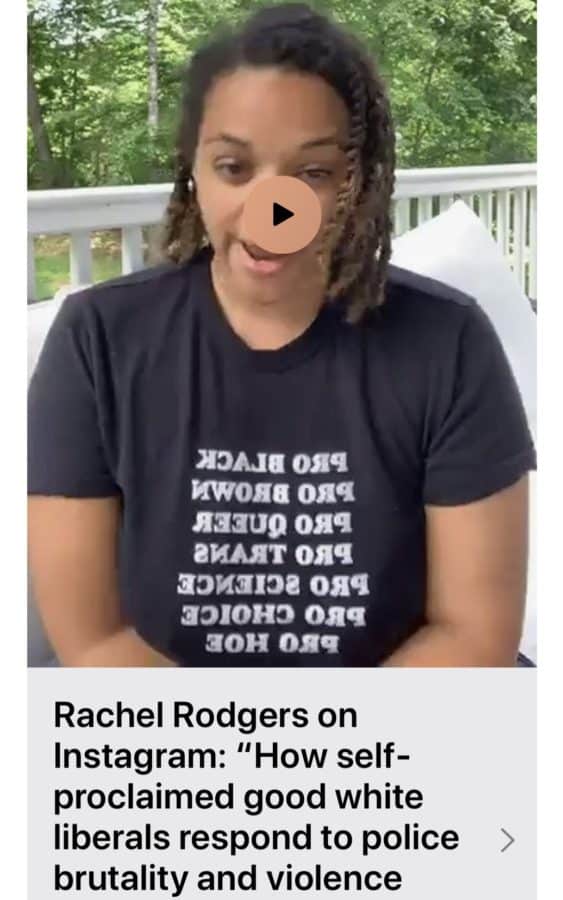 It’s exhausting being Black in America.

I could go on and on. Story after story, interchanging one Black brother’s or sister’s name for another.

But the question you’re asking needs an answer.

Say Her Name, Breonna Taylor: 3 Simple Actions You Can Take Right Now To Seek Justice For Breonna Taylor, Starting With Her Birthday Today

Justice needs to be a verb and not a noun.

What can you do as a White person witnessing the atrocities of Black people in America?

1. Remove your White people’s lenses and listen. Hear with your eyes and see with your ears. Understand what’s really going on right in front of you.

2. Take action, and don’t be a part of the injustice.

3. If it feels convenient and comfortable, you’re not doing enough. Take a risk. Get on the side of right, truth and humanity today.

4. Use your white privilege with a purpose. Step into your power and your sphere of influence and use it to speak, educate and make a change.

5. And don’t expect anything in return from doing what’s right. Your contribution to racial inequality is long overdue— 400 years late. 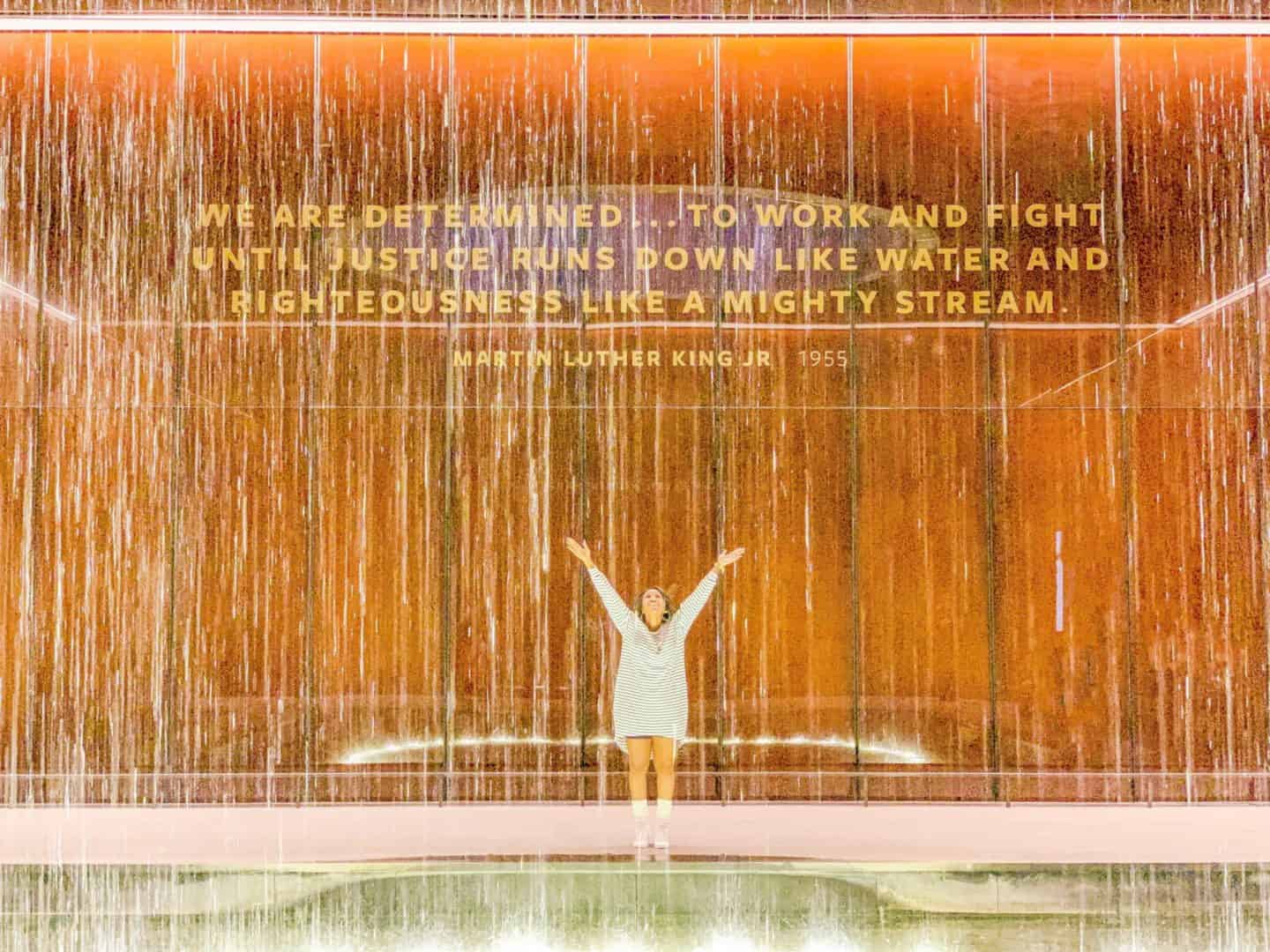 6. Do what’s right, even when no one’s watching. Don’t be the White person that says you posted about it on Instagram as if you’ve checked the box, and that’s your good deed.

7. Spark the uncomfortable conversation with your racist friends or relatives.

8. Say bye-bye to your racist friends or relatives if they just don’t get it. What can’t be tolerated is excuses for racism. It’s never been OK, and it’s no longer tolerable.

9. Read an impactful book by a Black author. And pass it on.

10. And understand this: YOU SHOULD BE devastated by what’s going on in your country today!

Take a risk. We’re not clapping for fish that swim. 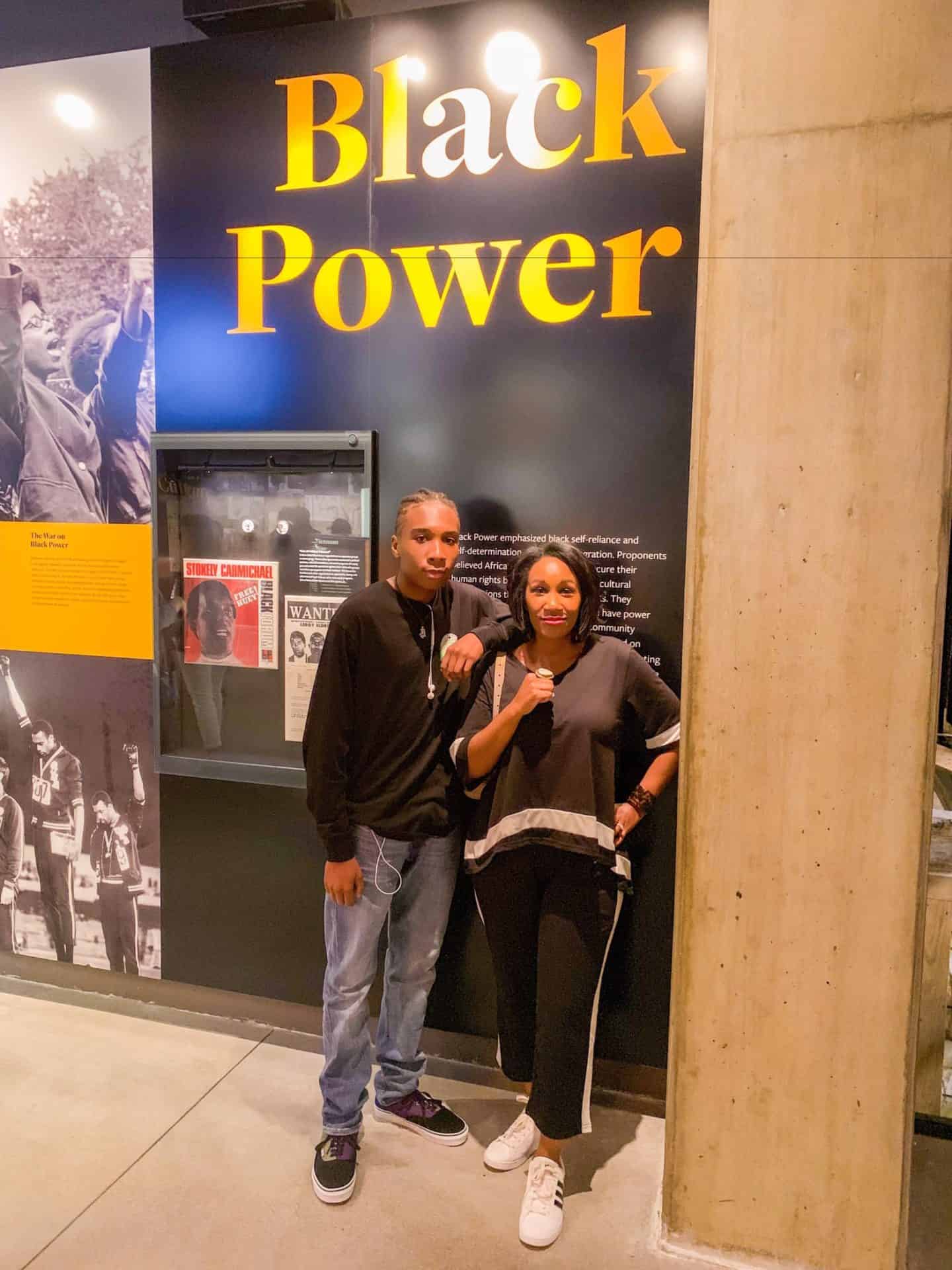 11 books you should read by Black authors

1. How to Be an Antiracist by Ibram X. Kendi

2. I’m Still Here: Black Dignity in a World Made for Whiteness by Austin Channing Brown

3. My Vanishing Country by Bakari Sellers

5. The Audacity of Hope: Thoughts on Reclaiming the American Dream by Barack Obama 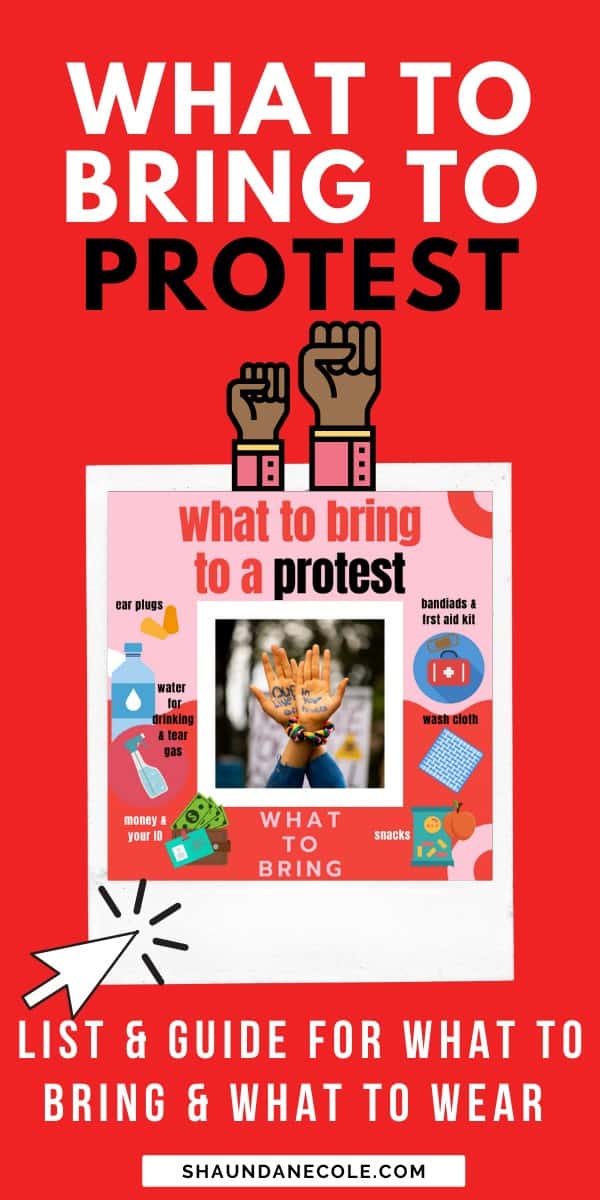 6. Conversations in Black: On Power, Politics, and Leadership by Ed Gordon

7. JAY-Z: Made in America by Michael Eric Dyson

9. This Is What America Looks Like: My Journey from Refugee to Congresswoman by Ilhan Omar

10. Moving Forward: A Story of Hope, Hard Work, and the Promise of America by Karine Jean-Pierre

I take a risk when I wake up Black every day.

I’m not asking you to protest. But you could.

I’m not asking you to call your Senator. But a word to your Congresswoman, Congressman or police chief would be helpful.

I’m not asking you to write an article. Because signing the petition below would be faster.

I AM asking you to open your eyes to our tears, our fears and our struggles. And except that it’s far different from yours.

I AM asking you to recognize white privilege and to call it out and separate yourself far from it.

I AM asking you to take uncomfortable risks to make justice a verb and not a noun.

No more thoughts and prayers, PLEASE. If you’ve ever had the privilege of attending a Black church, then you know we got that covered.

“If I had a son, he’d look like Trayvon.” —President Barack Obama

Trayvon was heinously gunned down by a White man who feared Trayvon because he was walking in the neighborhood, wearing a hoodie, and eating Skittles. Oh, and most of all for being Black.

Trayvon was a 17 year old boy. The same age as my Black son— who loves Skittles and half of his wardrobe is probably cozy, comfy hoodies.

This is why Kaepernick knelt.

Why there is so much to protest about.

Why it’s yours and White America’s problem, too.

Once you know, you’re responsible for that knowledge.

“Black people have been protesting for centuries. It’s White people who are responsible for what happens next.” —Savala Trepczynski

You can seek justice for George Floyd by signing the petition of your choice below:

You can donate to the organizations below:

My friend and mentor, Selena Soo, is matching up to $5,000 in donations this week to Black Lives Matter (click HERE to donate) when you share a screenshot of your donation receipt right here. Any amount, big or small, is greatly appreciated.

Pin the below image on Pinterest and get the message out there: Justice For George Floyd. 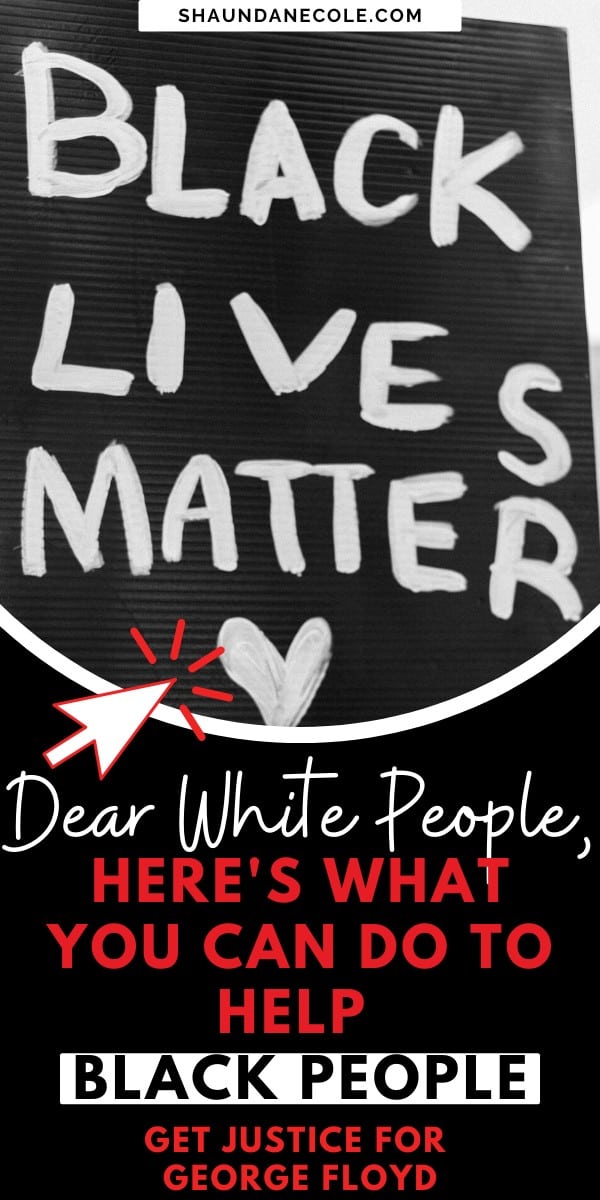 Say Her Name, Breonna Taylor: 3 Simple Actions You Can Take Right Now To Seek Justice For Breonna Taylor, Starting With Her Birthday Today

What To Wear To A Protest, What To Bring & What To Leave Behind: An Easy Guide With Everything You Need Right Now To Safely March & Speak Your Peace Today