“Throw your hands up at meeee,” if you were beyond inspired by Beyoncé’s Homecoming movie! A production with over 200 performers on-stage, including an orchestra, drumline, band, singers and dancers.

A close-up into her life as a mom of three, with first looks at the adorable Carter twins and her mini-me daughter, Blue Ivy.

Her reunion with Destiny’s Child and special guest performances with baby sister, Solange and hubby, Jay-Z. Homecoming was more like a Black family reunion, as much as it was a homecoming and ode to her African-American culture and HBCU’s (historically Black colleges and universities). 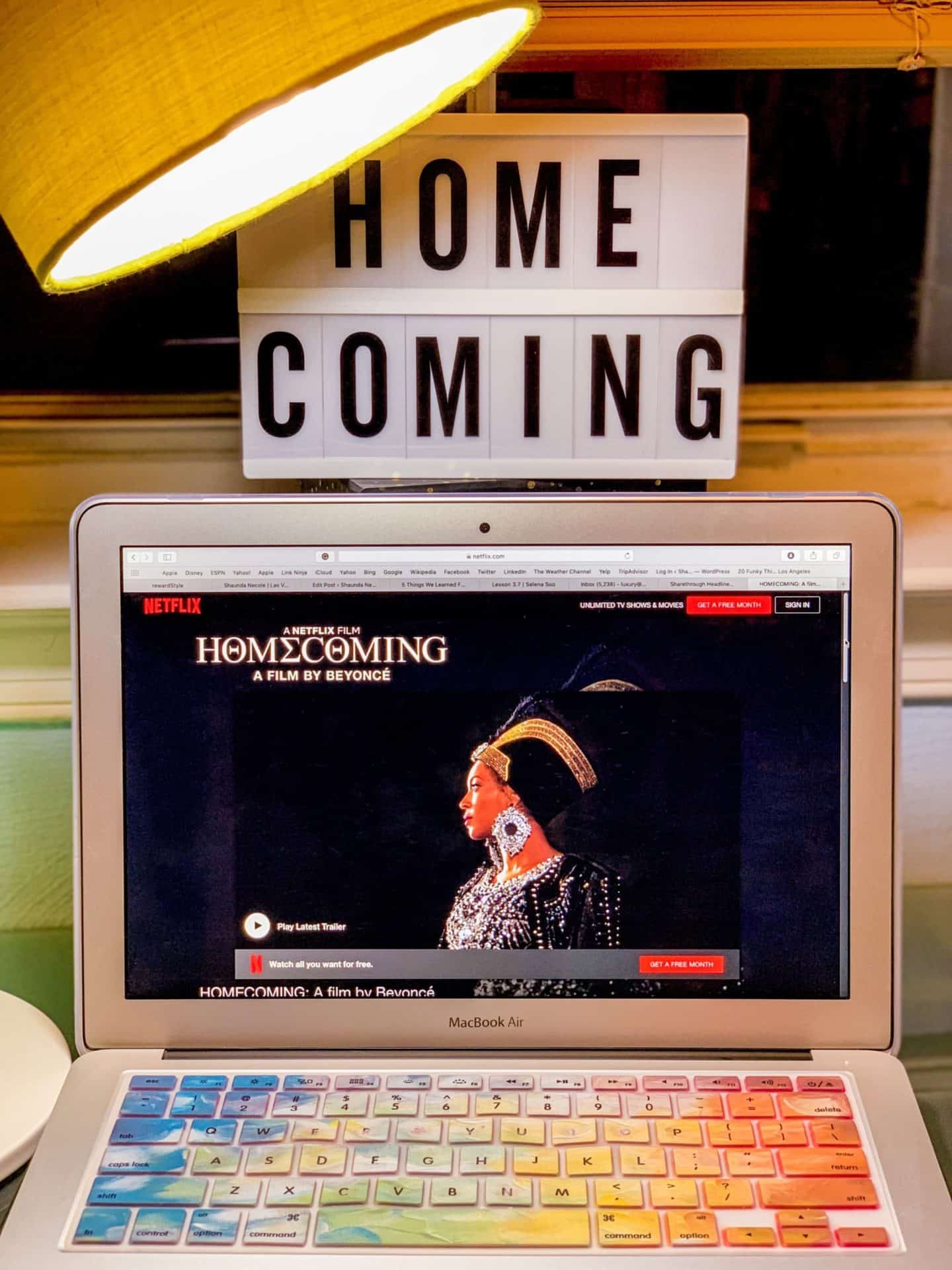 It will be a long time before the world stops reacting to the amazing Homecoming gift that Queen Bey bestowed on us. In the meantime, I’m running down five things that we learned from her Netflix film.

Not even including the fact that we can now be sure that her royal lineage is not just “negro with that Creole (to) make a Texas bama”. Queen Nefertiti has most definitely returned! This time all hailing to the title of Queen Bey. Balmain cape, headpiece, opening walk and all trailed by a host of sphinx dancers in her royal court.

Beyoncé described her Coachella concert as her 22-year career all in one show. I personally felt every moment of it, evening shedding a tear during the Destiny’s Child reunion.

Taking it all in from my kitchen table, feeling just like I was there at the show with my kitchen floor turned center stage as I transitioned back and forth from back-up singer to dancer! (I know I’m not the only one that felt Bey calling on them for another surprise feature in the show, right?)

This documentary couldn’t have been more epic and will definitely join the ranks of black culture classics like The Wiz, Purple Rain and Glitter (Okay…I tried it with that last one- I’m a huge Mariah Carey fan, too!) 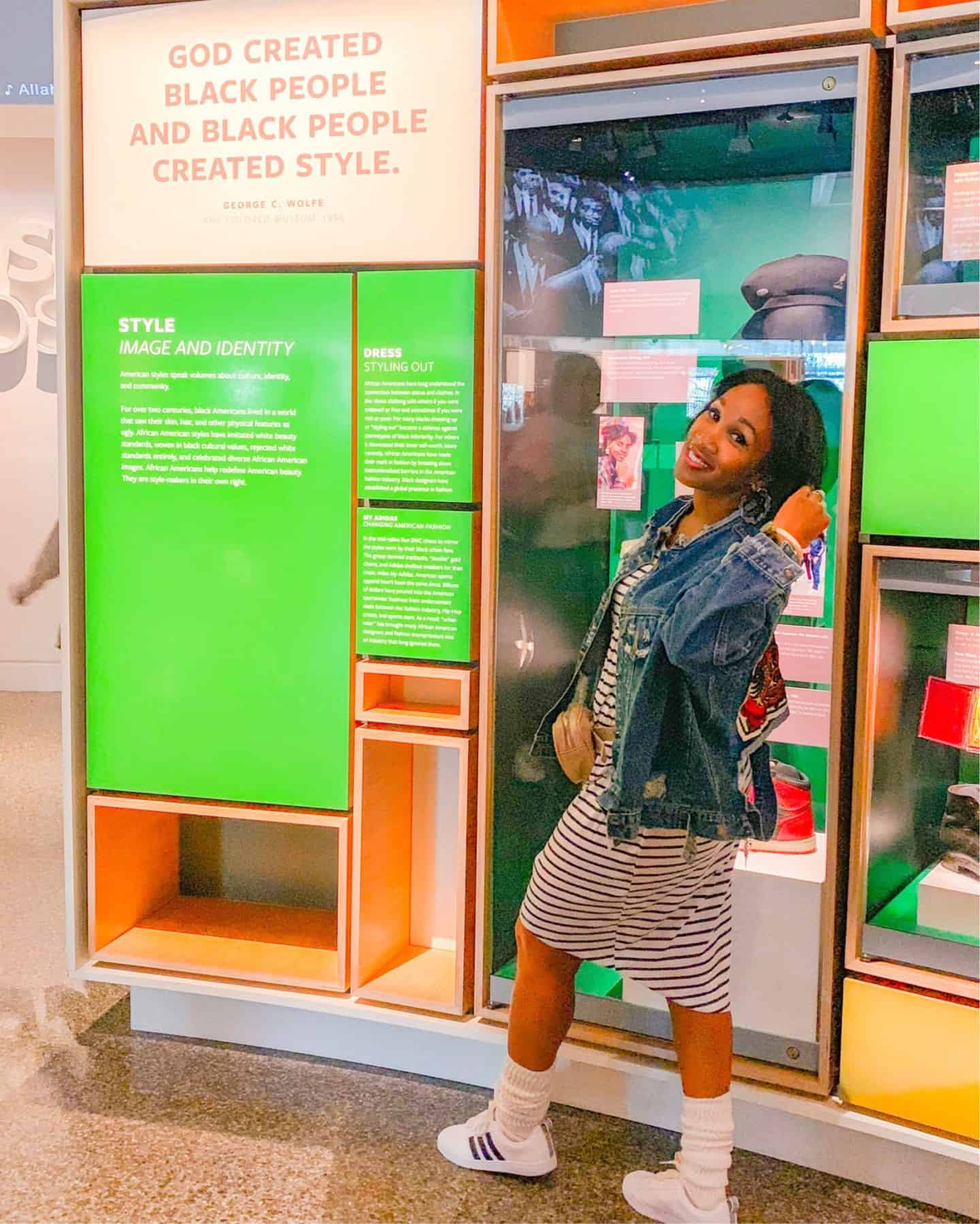 Five things we learned from Homecoming: royal vs. reality

“Just don’t give up what you’re trying to do. Where there is love and inspiration, I don’t think you can go wrong.” — Ella Fitzgerald

Even the queen herself. With eight months of practice for Coachella, Homecoming chronicled from start to finish Beyoncé’s Coachella production, with self-confessed moments of personal doubt along the way.

If anyone was thinking that a huge, history-making accomplishment like this came without its challenges and moments of insecurity, then thank God for Beyoncé taking us behind the scenes.

To whom much is given, much is required, and Bey lifted her royal veil to share the real with us. Arguably the best Coachella performance of all time- and headlined by the first Black woman ever.

“We delight in the beauty of the butterfly, but rarely admit the changes it has gone through to achieve that beauty.” – Maya Angelou

2. A woman’s body is amazingly resilient: The struggle is real after having a baby. Beyoncé, being the natural royal that she is, gave birth to not one, but two bouncing babies! We all learned from Homecoming that she is mortal, too!

We were granted a first-time look into the intimate joys and highs as we celebrated Mrs. Carter giving birth. Followed by the bittersweet lows of adjusting and reclaiming her body after carrying twins.

We watched her overcoming adversities of weight loss and physical fitness that are oh so real for most every woman, along with the strong will, determination and discipline of a true leader (i.e. Queen Nefertiti). In the end, she gave us her most triumphant performance yet- and a new album with over 40 tracks! 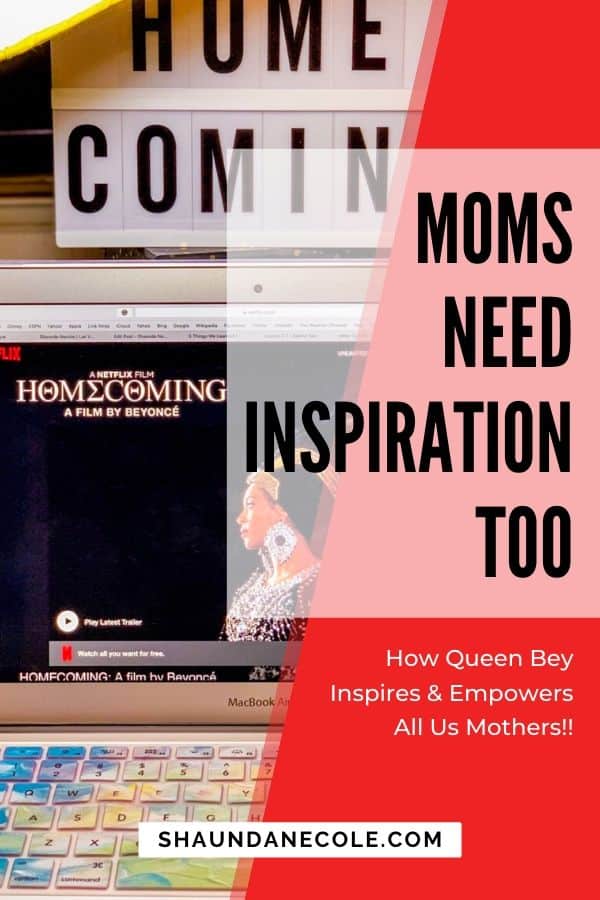 “The progress of the world will call for the best that all of us have to give. – Mary McLeod Bethune

3. Success is best shared: What joy it brings to invite people to partake in a spotlight and celebration of cultural expression! Only a seasoned soul understands the value of giving over receiving.

Learning so you can teach someone else. Old or young, this lesson is always worth the reminder. Thank you, Beyoncé for sharing with us that true queens are only as great as the people that they place in their court.

We watched the grateful exchange of giving and receiving and teaching and learning between Queen Bey and her amazing cast of gifted artists.

“What’s the world for if you can’t make it up the way you want it?” – Toni Morrison

4. Community is everything: We learned that legacy is in community. Homecoming is an ode to the HBCU experience that Beyoncé marveled. The Black college experience with its unmatched homecoming musical performances captivated a young Beyoncé. As a rising star, there wasn’t time for her to take part in the college life that was always a highlight in her childhood years.

Her Homecoming experience will live long beyond the years of herself, every performer on the Coachella stage and beyond every spectator watching. There is strength in numbers and power in community.

What the queen called to assemble has become a legacy of its own. 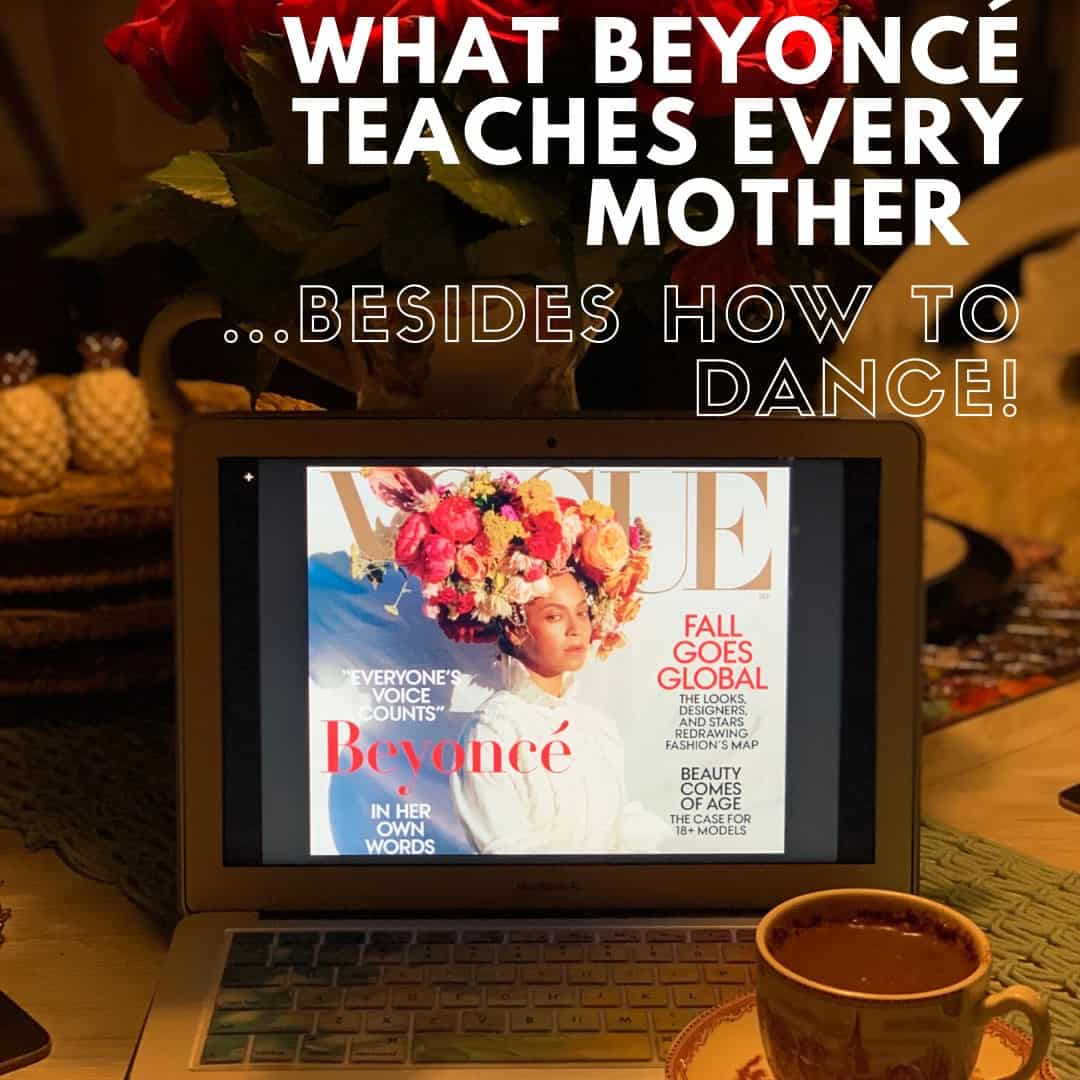 What Beyonce Teaches Every Mother…Besides How To Dance

This article appeared first on Thrive.com.

“You can’t be what you can’t see.” – Marian Wright Edelman

5. My favorite of all the things we learned from watching Beyoncé’s Homecoming is how the queen assembled her own royal court. Her own curated sorority and fraternity. Invoking into reality the same dynamic atmosphere that she saw and desired to be a part of as a child. Life waits on no man or woman, royal nor common.

You have to create the life that you want to see. Queen Bey had enough foresight to produce, perform and document one of the greatest collaborative experiences of all time.

“Instead of me pulling out my flower crown, it was more important that I brought our culture to Coachella.” – Beyoncé, Homecoming

Just like Queen Nefertiti, Beyoncé is a global icon of feminine beauty and power. If she is the modern-day reincarnation of the African-Egyptian queen that is believed to have reigned under the guise of a man’s name, Neferneferuaten.

In this day and age, it’s no secret. “Who run the world? Girls!” 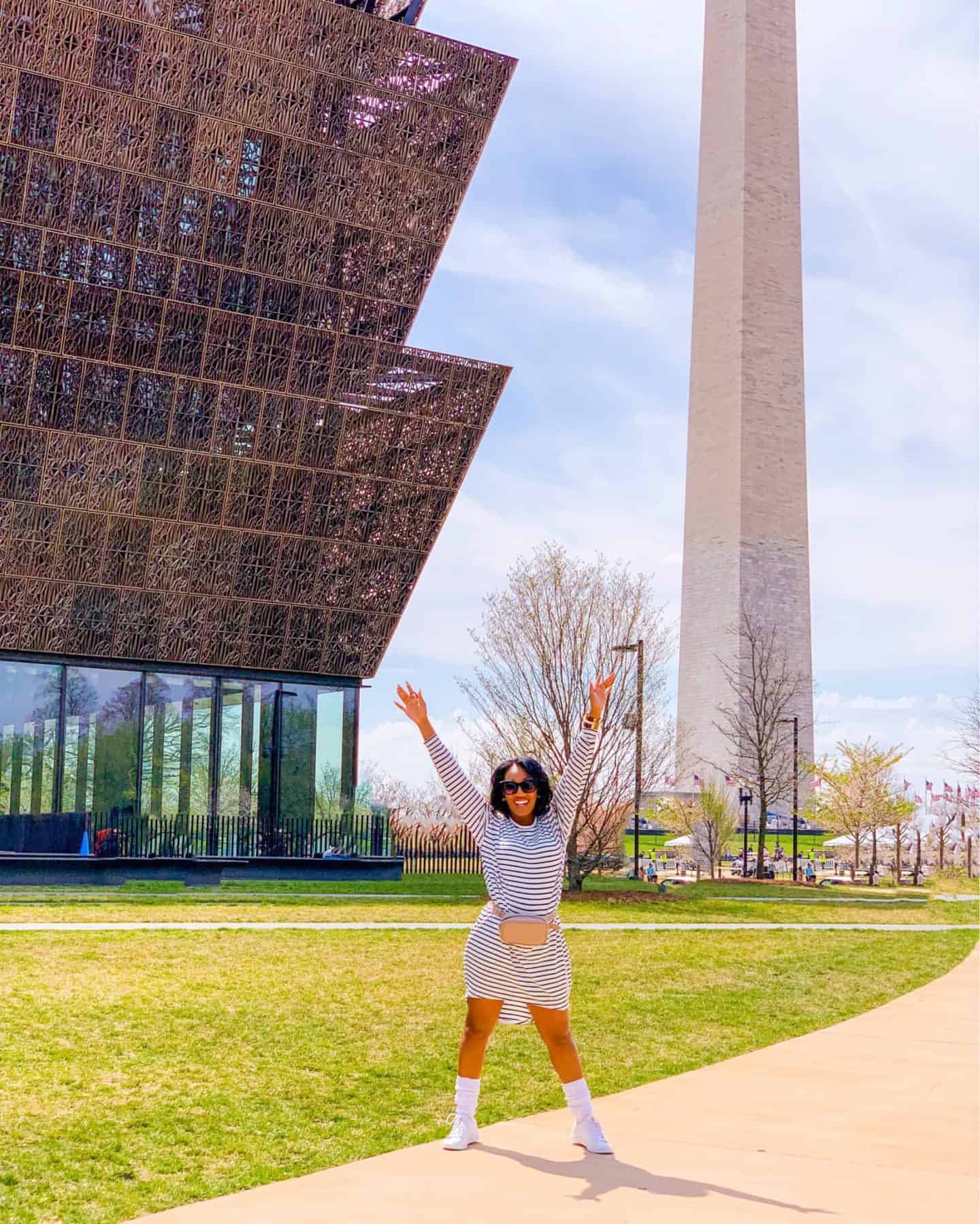 This post was first published on ShaundaNecole.com on May 2, 2019. 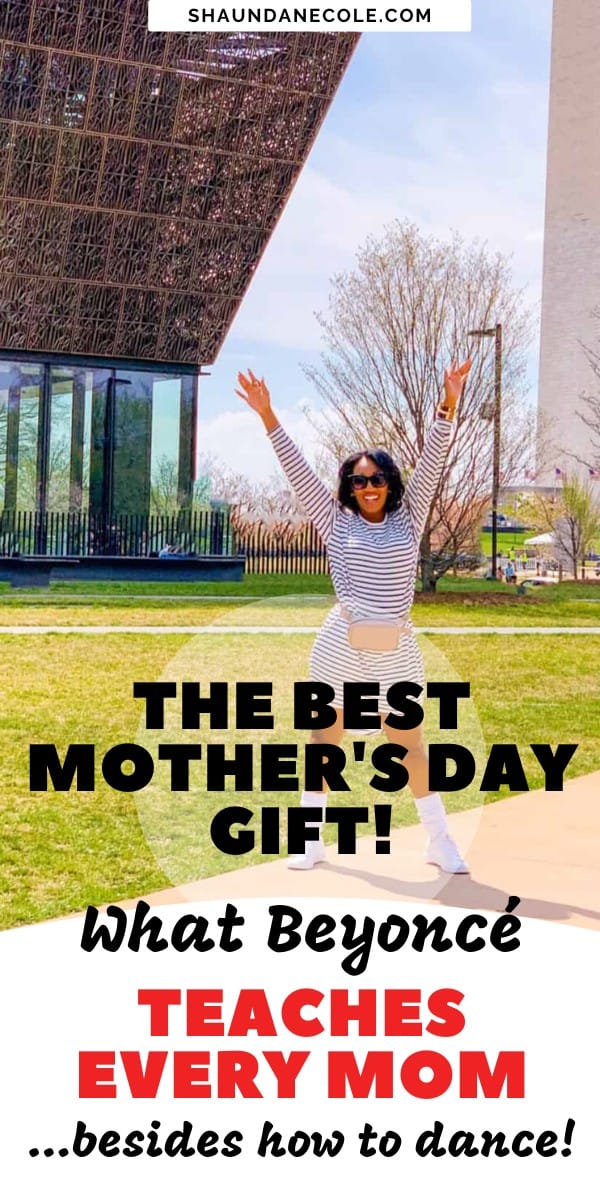 Going To Something In The Water Fest? Don’t Make The Mistake Of Not Downloading This First Before You Head To Virginia Beach

What I (would have) Wore To Coachella